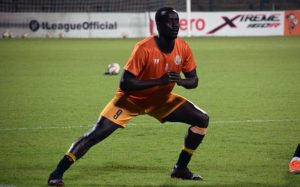 High-flying RoundGlass Punjab FC will clash swords against Gokulam Kerala FC at the Kalyani Municipal Stadium tomorrow, March 5 in a bid to garner points and reduce the gap with leaders Churchill Brothers.

With only six points segregating the teams in the top half of the table, every club has the opportunity to get their hands on the silverware. The road however to get the coveted trophy will not be easy. But RoundGlass Punjab FC’s late-bloom, that sees them second in the table and on a seven-match unbeaten streak, bears good tidings of hope for Curtis Flemings’ side that all is well within the camp.

The Punjab-based club now needs to launch a serious bid to challenge leaders Churchill Brothers. The journey could start tomorrow for them, with a win. However, the last time these two clubs met it was a goalscoring feast that saw Gokulam Kerala win 4-3.

Speaking at the official press conference, head coach Curtis Fleming informed that his team has to be wary of the threat that Gokulam possesses, “Gokulam Kerala is a team that plays possession-based football. It is going to be a difficult game and I have said that every week. These are the games you need to go in and win.”

Midfielder Rupert Nongrum said, “We have been working very hard to be in the position that we are in. We still have a very good chance of winning the league. We have 5 matches and 15 points up for grabs. Churchill Brothers are only 4 points ahead of us but at this moment the focus is on the next match.”

Gokulam Kerala FC would aim to bounce back after their loss against Churchill Brothers in their last match. The Malabarians might be fifth in the league table with 16 points to their name but they are still in the title race. A string of few good results is all that the team from Kerala needs.

Speaking at the official press conference, head coach Vincenzo Alberto Annese said, “Tomorrow we will try to beat them. I hope we will win tomorrow and I know it is going hard. They have some great attacking players but they are not as solid in defence and we will try to score a few goals against them. The 3 points against Punjab are crucial as it will help us climb up the table.”

Forward Jithin M.S. said, “The next five matches are vital for the team, and we will try our best to win them. I would love to score more goals but the major focus will be on helping the team win.”

Previous VIDEO: Lads from the National Capital relish I-League opportunity with Sudeva Delhi FC!
Next Light up the game with the PUMA Ultra SL 21 boot!