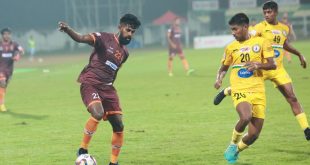 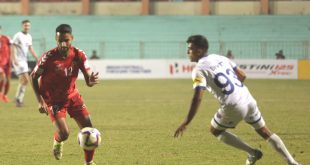 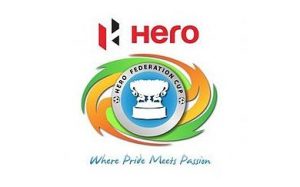 Salgaocar FC will fight their battle for survival in the Hero Federation Cup against Mohun Bagan AC in their second-leg at the Barasat Municipal Stadium in Kolkata on Thursday. The Greens showed their potential in almost pulling off an upset as they came back from a goal down to take the lead, but were not successful in walking away with the victory. The Kolkata outfit rallied in the 2nd half to take advantage of a worn out Goan side & were able to grab an equaliser & a match-winner in the last 10 minutes of the game.

While speaking in the pre-match press conference that took place on Wednesday, Salgaocar striker & skipper Darryl Duffy is confident they can repeat a similar performance and bring home a much needed win. “We have scored against this side here & we have scored back at home against them. I don’t see why we can’t do it again,” said the Scot, as they are in much need of the crucial away goals. The Greens Gaffer Mario Soares has done his homework as he said, “We have planned, our boys are positive & are going to fight for it & we will not leave without giving out best to win this game”. He reiterated what the importance of keeping a positive attitude that was displayed by the team back home, “If we play the way we did in 1st half at home & remain strong in defence, I don’t see why not”. Duffy echoed what the team’s thoughts were about Mario taking over, “He has been here for the full season, he knows all the players well & it is not like a new coach has come from outside & seeing us for the first time” The Goan outfit will be missing the services of defender Keenan Almeida after he pulled his hamstring in the 1st leg & midfielder Gilbert Oliviera, who is recovering from his illness.

The Mariners Head Coach Sanjoy Sen doesn’t take the Salgaocar threat lightly. “Salgaocar is a good team and always have been a tough opponent; their style of play is very strong and have a strong squad.” He also remarked, “We too are consistent and the Players are eager to give their best. I am not thinking for a draw. Tomorrow we have to give our best on the field.”

The game kicks off on Thursday, May 5 at the Barasat Municipal Stadium in Kolkata at 7pm and will be streamed live on i-league.com. 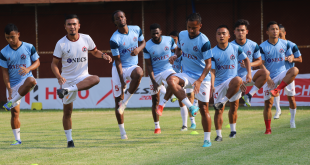