Santosh Trophy final phase to kick-off in Kolkata on March 19! 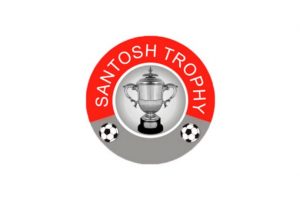 Defending champions West Bengal will take on Manipur on the opening day as the 72nd edition of the National Football Championship for the Santosh Trophy kicks-off in Kolkata on March 19, 2018.

Ten teams who qualified from the preliminary stages have been divided into two groups of five teams each with the top two from each group advancing to the semi-finals which are to be played on March 30, 2018. The final is slated for April 1, 2018.

“We are delighted to have the Santosh Trophy being hosted in Kolkata. I wish success to the 10 finalists and look forward to a successful hosting of the prestigious event by the Indian Football Association,” he said.

The fixtures can be found on: https://www.the-aiff.com/upcoming-fixtures.htm?tnmt_id=116