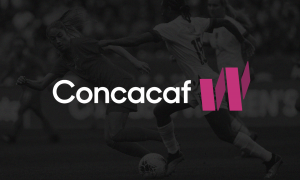 The scheduling change has been made by CONCACAF due to challenges associated with travel into and within certain countries in the region due to the Covid-19 pandemic. The Confederation believes this is in the best interests of the tournament, players and officials.

These matches are the first stage of CONCACAF new women’s national teams ecosystem and will be part of a hugely important year of Women’s football in our region. In addition to the CONCACAF W Qualifiers, 2022 will also include the CONCACAF W Championship, the CONCACAF Women’s U-20 and U-17 competitions and the FIFA U-20 Women’s World Cup Costa Rica.

The schedule for the matches taking place during the FIFA Women’s Match Window of April 2022 remains unchanged.

In total, 30 CONCACAF Member Associations will participate CONCACAF W Qualifiers (all ranked 3 and below in the FIFA Women’s Ranking as of July 2021). The draw for the competition took place on August 3.

The groups are as follows:

After group stage play, where each nation will play two matches at home and two matches away, the top finisher in each of the groups will advance to the CONCACAF W Championship, joining the top two ranked CONCACAF nations (USA and Canada) who have received a bye straight to the W Championship which takes place in July 2022.