Scott O’Donell: Competitive games help not only young players but coaches as well!

Press Release 2021-12-04 General Comments Off on Scott O’Donell: Competitive games help not only young players but coaches as well! 251 Views 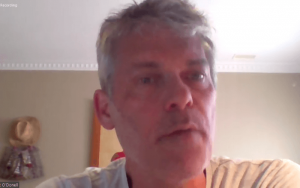 Day Two of the AIFF International Virtual Coaching Conference began with the former AIFF technical director Scott O’Donell on Saturday, December 4, 2021. The FIFA Coach Educator spoke about the progression of players and coaches from youth to professional football.

AIFF Head of Coach Education Savio Medeira called O’Donell one of the pioneers of football coach education in India when introducing the Aussie.

“He (O’Donell), along with Dutchman Rob Baan, empowered us to develop local coaches, be confident, and showed us the way,” said Medeira.

“The transition phase from junior to senior (age 18-23) is the toughest as most players tend to stop playing or drop out,” he said. “To rectify this, it is important to pay attention to their off the field life and know them as human beings before football players.”

Giving the statistical example of European football where less than 1 per cent of youth players make it professionally, O’Donell stressed the need to be realistic with targets.

“All countries have the challenge of development pathways from youth to senior,” he said. “We must be wary of people making false promises to young players.”

Listing out the factors that determine for a player and a coach to progress successfully from youth to professional level, O’Donell zeroed down on competitive game time.

“It is essential that young players and coaches get plenty of experience in competitive games to make better real time decisions,” he said.

The Australian concluded on a slightly philosophical note by stating that players never stop absorbing information, regardless of their age.“Talent development never stops. Technical learning starts when a player starts playing and stops when a player stops playing,” he said.

Previous Mumbai City FC score hard fought 3-1 win over Bengaluru FC!
Next UEFA FFP update on the 2021/22 monitoring of clubs by the CFCB!