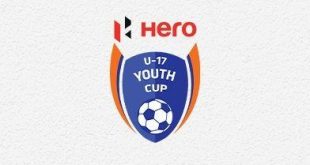 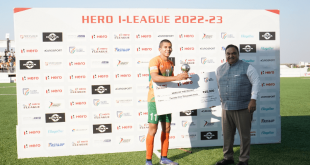 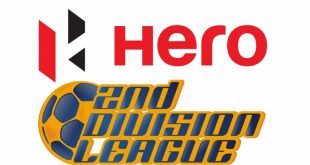 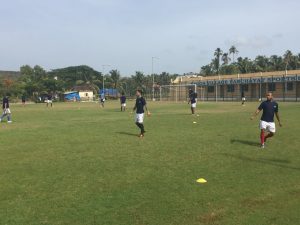 Minerva Academy FC are on the brink of adding a new chapter in the indian Football history as they gear up to face Dempo SC in the last match of the Second Division League, which also turns out to be the promotion decider.

The match scheduled to kick-off at the Fatorda Stadium in Goa at 4pm on Sunday, will be both the team’s last match. Minerva Academy, on 18 points from 9 matches in the final round, needs nothing less than a win to create history. But for the 5-time I-League champions (on 20 points), a draw will be enough to bring them back to the I-League for the second time.

The Goan power house were relegated from the National Football League (rechristened as I-League in 2006) in 1999/2000 but came back strongly next season to win the league 5 times.

Minerva Academy meanwhile are the first professional club from Chandigarh which made to the Second Division League this season with the aim to revive the lost glory of Punjab’s Football. They took the nation by storm in the first round when they became the champions of the Western Conference, packing the likes of Dempo, PIFA, Kenkre FC and LoneStar Kashmir FC below them in the points table.

The story was no different in the final round too, as the Surinder Singh coached side went on to create upset after upset to reach this point, where they are staring at the top tier league of the country.

The home journey however didn’t start well as Uttam Rai’s goal gave the star-studded Dempo SC side a 1-0 win. After that, the first professional club from Chandigarh notched up two consecutive wins against Gangtok Himalayan and LoneStar Kashmir FC, before Mohammedan Sporting held them to a 1-1 draw. That followed with a thrilling 3-2 win in Srinagar before notching up another win with the similar scoreline against NEROCA FC in Chandigarh.

“The journey so far has been a magnificent one. Right from the start, we were confident of ourself and always played for a win. I am proud of the team that we have reached this far and are now on the brink of making history,” said owner and director Ranjit Bajaj, who was watching every moves of his boys very keenly in the practice.

“The match tomorrow is definitely going to be tough. We will give whatever we have and I am sure Dempo SC will also do the same. But I can see that we are celebrating the win in the beaches of Goa,” Ranjit added, when asked to comment on the match.

The coach Surinder Singh meanwhile just got over with the practice and gave his trademark smile, looking as calm and composed as ever and said, “We are done for the day. No, in fact for the season. This was our last practice.”

Next, he followed up with by saying, “The boys are really doing well and they are all geared up. The best part is that they are all confident and are willing to give their extra bit for the match. That makes me happy as a coach,” he said.

However, he rues the fact that, he will be missing one of his key player in this crucial match. “Yes, we will be missing Kareem Omolaja as has been suspended for accumulating two Yellow Cards. It’s a great setback for us but we do have a good bench too and someone will step up to take the charge.”

Dempo on the other hand will be missing three of their key players. Holicharan Narzary and Vinit Rai have been called for the National Team camp in Guwahati while Uttam Rai is reported to be injured.

By this time, the players had gathered in the centre of the park as the coach took over once again and reminded them that they had just concluded their last practice of the season. Nostalgia engulf them for a while before the coach brought their focus back to the match on Sunday.

Few minutes later, each of them were praying to the almighty, perhaps thanking him for taking care of them throughout the season and asking to help them in making their dream a reality. 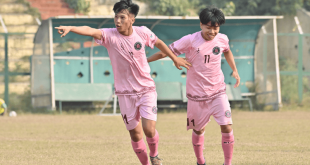