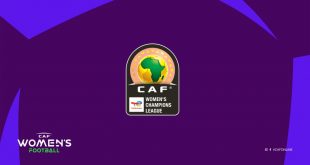 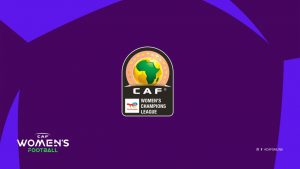 Simba Queens FC booked the slot after a hard fought 1-0 win against She Corporate FC (Uganda) in the final of the Zonal qualifier played on Saturday at the Azam Complex in Tanzania.

The highly contested final saw the home side push forward from the start to look for early goals, but the Ugandan side managed to absorb the pressure well.

After 22 minutes Kenyan international Vivian Carozone Aquino had her well taken freekick saved by the She Corporate goalkeeper Daphine Nyayenga.

Aquino and Asha Djuma Djafari kept pushing forward and trying shots from outside the box, but failed to break the deadlock. Favour Danielita Nambatya almost put the Ugandan side in the lead late in the first half, but her shot missed by inches.

In the second half Simba Queens returned strongly and attacked in numbers before they were awarded a penalty. Djafari was brought down in the box after 47 minutes and referee Salima Mukansanga pointed to the spot. Aquino made no mistake converting the penalty.

Cheered on by the local fans who filled the Stadium, Simba Queens kept pushing forward in search of more goals, but failed to take the numerous opportunities.

Naome Nagadya and Phiona Nabbumba later also failed to find the target for She Corporate when they got close to the Simba Queens goal.

Geinore Loza Abera scored the firsts goal after 30 minutes to take her tally to 11 goals in the tournament, before Hasabe Gila and Argash Kalsa Tadese also got their names on the score sheet. Hasabe Gila also netted an own goal to get a goal for AS Kigali WFC.

Sebastian Leonard Nkoma, the Simba Queens head coach told Cafonline that he was proud of his players who lifted the trophy after winning all their five matches in the tournament. “We lost in the semi final last year and decided to work hard to be able to win the trophy this year. I am glad we have now achieved this, but also prepare well for the Women’s Champions League tournament in Morocco,” added Nkoma.

The She Corporate coach Charles Lukula Ayiekoh said he was proud of his players who were making their first appearance in the tournament and reaching the final. “We lost to a good side that deserved to win. Simba Queens prepared well and also have experienced players,” added Ayiekoh.

Geinore Loza Abera who was also the top scorer last year with 13 goals scooped the Top scorer’s Award after she netted 11 goals. AS Kigali WFC picked the Fair Play Award, while Simba Queens G Yona was voted the Best goalkeeper, and Vivian Corazone Aquino the MVP of the tournament.

Simba Queens FC also picked a Cash prize of US$30,000 cash prize, while She Corporate bagged US$20,000 and the third placed CBE took home US$10,000. Since last year the President of Tanzania Samia Suluhu Hassan supports the tournament with US$100,000.

Yusuf Mossi, the CECAFA Competitions Director said that competition was very competitive because teams were better prepared this year. “This has been a successful tournament and we thank all the teams for giving their best,” added Mossi. 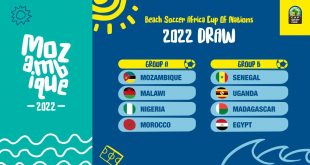 The first round of the Beach Soccer Africa Cup of Nations Mozambique 2022, scheduled for …