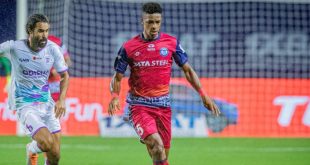 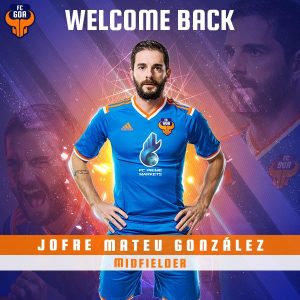 The 36-year-old is returning for his second stint at the club and will continue to assume the mantle of being the creative force in midfield. The Catalan native who was ever present figure in the side excelled for the Goan club last year and managed to score four goals, while operating from an advanced position in Brazilian legend Zico’s midfield. He was also responsible for laying on four assists and managed to truly endear himself amongst the Goan faithful. The Spanish midfielder becomes the first foreign signing of the season as the club looks to build its squad for the upcoming season. In what promises to be a fruitful partnership, he is expected to lead the charge towards the title along with the talismanic striker Robin Singh.

The club took a creative approach to unveiling their creative midfield maestro by running a social media campaign in conjunction with certain lucky fans who were tasked with making the official announcement on their personal accounts before the club confirmed it on its official pages.

Commenting at resigning with the club, Jofre said: “I’m very happy to re-sign with FC Goa again. We had a great campaign last year and the people of Goa really made me feel welcome. I felt an instant connect with the Goan crowds who came to watch our matches and they played a huge role in inspiring us on our path to the final. I can’t wait to experience more of the same passionate support this year. Just like last year, I will give it my all for the club on and off the pitch.”

In an official statement, a spokesperson for the club said: “We are delighted to re-sign Jofre. He was a true fan favourite last year and made a huge impact for us on the pitch on well. He scored crucial goals for us in the final stages of the league matches to help us finish top and also scored in the semi final as well as the final. He is a proven match winner and therefore it was a no-brainer for us to re-sign him. And with the experience he has, he would prove an ideal role model for the upcoming youngsters in the team and guide them as the season progresses.”