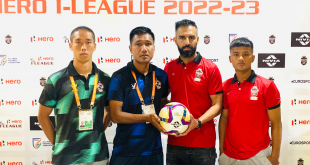 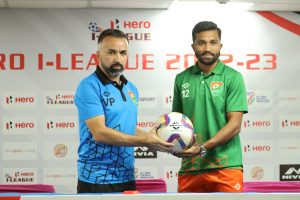 Sreenidi Deccan FC will kick off their I-League 2022-23 season with a match against RoundGlass Punjab FC on Monday, November 14 at the Tau Devi Lal Stadium in Panchkula.

Sreenidi Deccan FC head coach Carlos Vaz Pinto and defender Asheer Akhtar addressed the media ahead of the clash, giving their thoughts on the season opener.

“We created a methodology to prevent injuries and have all our players available for the beginning of the campaign and we have managed that,” said Vaz.

Defender Akhtar had a successful season with Mohammedan Sporting Club last time and this will be his first season in Sreenidi Deccan colours.

“RoundGlass Punjab did well last season with their experienced squad but we have also put together a good team and we can expect a good match,” he said. “We have been together for a while now in pre-season and the coach has created a good atmosphere, akin to a family.”

Sreenidi Deccan have been through a gruelling pre-season in preparation for the I-League, taking in practice matches against the likes of Jamshedpur FC and Hyderabad FC among a few and the Head Coach was confident of his team’s chances.