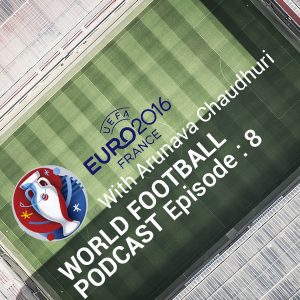 The World Football Podcast – Episode 8 of TheFootballMind had me as their guest for their review of the 2016 UEFA European Championship after the group stage in which host Pranesh and I speak about the ongoing Euro 2016 and in the look at the scenario in Indian football where the big story is the exit of Salgaocar FC and Sporting Clube de Goa from the I-League.

Listen to the podcast & enjoy!!!