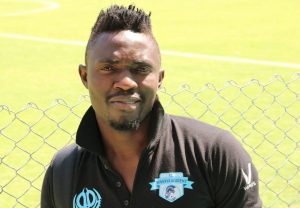 Former National Football League side Tollygunge Agragami from Kolkata have made their first foreign signing of the 2016/17 season by roping in Nigerian defender Kareem Omolaja Nurain.

The versatile footballer hailing from Lagos, Nigeria last played for Minerva Academy FC in the Second Division League and there he played some strong matches at the heart of their defence, but he also top scored with four goals as he also played as a makeshift striker.

“Its feels great to be back in Kolkata, no matter wherever you go there is no match for the excitement of the Calcutta Football League. I am thankful to Tollygunge Agragami for making me a part of their family. I think we have a very good side this year which can even challenge for the ultimate glory. Here in Tollygunge, I am looking to give everything I have for team’s benefit,” Kareem said.

Kareem signed his first professional contract in the year 2007 at Ola Oluwa Asejere FC, a Nigerian club. Following his transfer from Libyan Premier League side Al Tarsana SC, Kareem joined Jammu & Kashmir Bank FC in 2009, before joining now defunct JCT FC in 2010. Since then Kareem has established himself as a prominent face in Indian club football, and played for the likes of Royal Wahingdoh FC, Southern Samity, LoneStar Kashmir FC and Mohammedan Sporting Club.