TRAU FC to have a new kit partner in Six5Six! 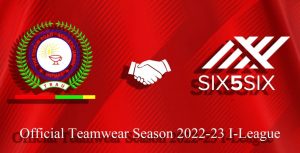 The local Indian sports and streetwear brand of Six5Six are the official kitting partners of the All India Football Federation and the Indian Football Teams – men’s and women’s, senior’s and junior’s – besides club sides in the Indian Super League, I-League and Second Division League as well as club teams outside of India like Nepal and Portugal.

Meanwhile Manipur based TRAU FC will go into their fourth consecutive I-League campaign after gaining promotion from the Second Division League in the 2018/19 season.

Both TRAU FC and Six5Six look forward to this collaboration.