Voting open for fans to choose their India Blue Tigers Team of the Decade!

Press Release 2020-12-31 Team India Comments Off on Voting open for fans to choose their India Blue Tigers Team of the Decade! 340 Views 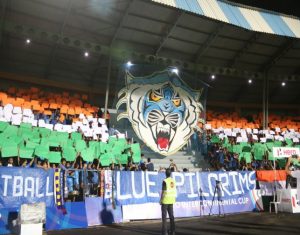 As the year 2020 draws to a close, Indian football fans have the opportunity to choose their ‘Blue Tigers Team of the Decade’ from a galaxy of stars who have represented the Senior National Team and won many laurels for the nation in the last 10 years.

This will be followed by the fans voting to choose their Women’s National Team of the decade.

The period has seen the Indian senior men’s team move forward together and compete at two AFC Asian Cups in 2011 and 2019, and win a number of International competitions such as the Nehru Cup, Hero Intercontinental Cup and the SAFF Championships. It has featured numerous memorable performances and victories, along with the Blue Tigers breaking into the Top 100 of the FIFA World Ranking – the highest being 97 in 2018.

To make your picks, you can click here and vote for your favourite players. Voting closes on Sunday, January 3, 2021 at 10pm IST.

The nominees are as follows: