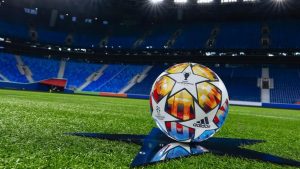 It has been another exciting season of UEFA Champions League soccer, once again proving that it is the best sporting competition around. Just two sides remain in the hunt for the most prestigious club prize in the world, as it will be a repeat of the 2018 final between Liverpool and Real Madrid.

Sports fans will be searching for the best online casino over the coming months to find the best odds for the Champions League final, but will it be Real Madrid or Liverpool that are crowned champions of Europe in 2022?

Liverpool’s Route To The Final

By the time the Champions League final comes around at the end of May, Jurgen Klopp’s Liverpool could be looking to win an unprecedented quadruple. The Reds have already got the League Cup wrapped up, while they face a challenging end to the Premier League season as they are vying for the top spot against Manchester City. The FA Cup final against Chelsea also takes place two weeks before the Champions League final.

It has been an excellent campaign in Europe for the 2019 champions, as they breezed through a tough-looking group stage with a perfect six wins from six. During that stage, they beat Atletico Madrid, Porto, and AC Milan, and conceded just six goals. In the first knockout round, they edged past Inter Milan, with the heavy lifting done at the San Siro as they won 2-0, before losing 1-0 at Anfield.

The Reds then came up against Benfica in the quarterfinals, eventually overcoming the Portuguese side with a 6-4 aggregate win. They certainly needed to keep their cool in the semi-finals, as they squandered their 2-0 first-leg lead against Villarreal in the space of 45 minutes. However, goals from Luis Diaz, Sadio Mane, and Fabinho sealed a 3-2 comeback win.

Real Madrid’s Route To The Final

Real Madrid’s love affair with the Champions League continues this season, as they look for a 14th honor. Success this year would also be their fifth triumph since 2010. Carlo Ancelotti’s side have needed to do it the hard way this season, despite topping their group at the first hurdle.

The Spanish champions won five of the six games that they played in Group D, but it wasn’t without its setbacks, as they were stunned by Moldovan minnows Sheriff at the Bernabeu. However, since the knockout stages have gotten underway, their game has reached new levels.

Real came up against PSG in the round of 16, and despite losing 1-0 in the first leg in Paris, and being outplayed for large periods, they still progressed in the second leg, as Karim Benzema scored a stunning hat-trick in half an hour. The Frenchman was also the star in the following round, as he scored four times over two legs against Chelsea to seal a dramatic 5-4 aggregate win after extra time.

Their luck seemed to have run out in the semi-finals, as they lost 4-3 in their first leg against Manchester City, before going 1-0 down late in the return game in Madrid. However, we would see one of the most remarkable comebacks in injury time of the second leg, as Rodrygo scored in the 90th and 91st minute to force extra time. Once again, Benzema was the man for the big moment, as his 95th minute sealed a remarkable 6-5 aggregate win.

Who Will Win The Final?
It promises to be an exciting Champions League final at the end of the 2021-22 season, and cases can be made for both sides. Liverpool are undeniably the better of the two teams, as they have a stronger defense and also a range of attacking players at their disposal.

However, Real Madrid has a knack for just producing big moments when they need them most, and that has been evident in every game of the knockout rounds so far. Keeping Benzema fit for the final will be key to their chances, and the Reds will need to shut off any service to the Frenchman. There is a feeling that Real Madrid’s name could be on the trophy given the heroics that have gotten them to this point.