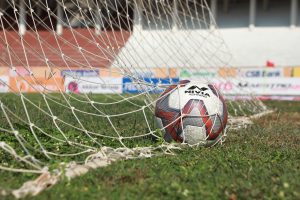 The good news for Indian women’s footballers keep on coming!

The duo was invited by the Croatian club for a pre-season training and extended trials in the first week of August for 12 to 15 days.

ZNK Dinamo Zagreb, founded in 2016, plays in the Croatian First Division and finished third in the last three seasons.

Soumya and Jyoti were picked from a special training camp organised by ‘Women in Sports’ from June 6-11 in Kolkata, which was attended by ZNK Dinamo Zagreb assistant coach Mia Medvedoski.

“Soumya and Jyoti have been invited by Croatia’s most famous club ZNK Dinamo Zagreb to join them for their pre-season and extended trial for assessment for a possible longer term contract with the club,” a statement from ‘Women in Sports’ said.

Both the players were part of the Gokulam Kerala FC team that won the 2022 Indian Women’s League.

Hailing from Telangana, Soumya, who will turn 21 on July 18, was a part of the Indian team that toured Sweden recently. She played against Sweden and USA.

The 23-year-old Jyoti, from Dhar in Madhya Pradesh, is yet to break into the India team though she has been called for national camps in the past. She has represented her state in the Senior Nationals and also part of the country’s top women’s club Gokulam Kerala FC.

“Soumya is a fast winger while Jyoti is strong striker and attacking midfielder,” said Anuj Kichlu, who is representative of both players.