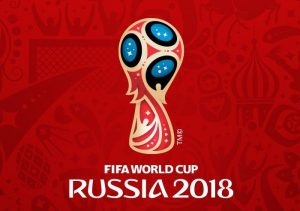 The 2018 FIFA World Cup continued on Saturday, June 23 afternoon with an impressive Belgium trashing a spirited Tunisia 5-2 at the Spartak Stadium in Moscow.

The game kicked-off at a very fast pace with Belgium the better of the two sides. A foul on Eden Hazard by S. Ben Youssef led to a penalty and the Belgium captain himself gave his side a 1-0 lead in the 6th minute. The Europeans continued with their attacking intent and they doubled their lead through Romelu Lukaku off Dries Mertens in the 16th minute.

But Tunisia hit back only two minutes later off a Kazhri free-kick which Dylan Bronn headed in, the Africans were back in the game. But Belgium continued with their game but wasted tons of chances until the third minute of added time when again Lukaku scored, his fourth of the tournament, to give Belgium a 3-1 half-time lead.

Tunisia started the second session with attacking intent but on a counter Eden Hazard in the 51st minute made it 4-1, the goal which early in the half sealed the game.

But Tunisia continued to try to reduce the deficit but after missing a few good chances, Belgium again had more of the game but substitute Michy Batshuayi missed four goal scoring opportunities before scoring his goal in the 90th minute to make it 5-1.

But the final goal of the day was Tunisia’s as their captain Wahbi Khazri reduced the deficit with a goal past Courtois in the third minute of added time.

Belgium win 5-2, their second win of the tournament, whiel Tunisia suffered their second defeat to a European side.