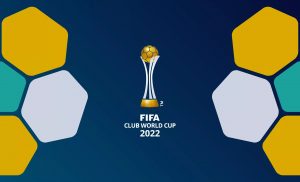 With the competition returning to Morocco for the first time since 2014, the official emblem captures the prestige of reaching the pinnacle of global club football. It is inspired by the glittering trophy lifted annually by the best club team in the world.

A total of seven clubs will participate in the tournament:

– Al Hilal (KSA), winners of the 2021 AFC Champions League, will be the first AFC representatives to feature in three editions of the FIFA Club World Cup.

– Al Ahly (EGY), runners-up of the CAF Champions League 2021-2022, hold the record for most FIFA Club World Cup matches played, with a total of 18 across their previous seven appearances. As CAF runners-up, Al Ahly were granted a spot in the competition when Morocco was appointed as the host country.

– Seattle Sounders (USA), winners of the 2022 CONCACAF Champions League and the first club from the USA to participate in the FIFA Club World Cup.

– Auckland City (NZL), winners of the OFC Champions League 2022 for a record tenth time in 2022, have more FIFA Club World Cup appearances than any other club.

– Real Madrid (ESP), winners of the UEFA Champions League 2021/22, is the most successful club in the history of the FIFA Club World Cup, having won four titles, including their maiden title victory in Morocco 2014.