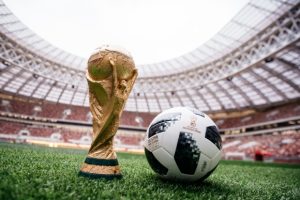 With 204 member associations still in the race for a berth at the 2022 FIFA World Cup – Qatar, AFC House in Kuala Lumpur is set to take centre stage on July 17, 2019, when 40 Asian member associations will learn their fate during the draw for the second round of the AFC preliminary competition.

The 40 member associations will be drawn into eight groups of five teams and compete in a double round-robin format, with matches to be held from September 5, 2019 to June 9, 2020. Based on the FIFA/Coca-Cola World Ranking of June 14, 2019, the five pots are as follows:

A total of 12 teams (the group winners and the four best runners-up) will advance to the 2023 AFC Asian Cup – China and the final round of qualifying for the 2022 FIFA World Cup in Qatar. The four best teams in the final qualifying round will secure a spot at the global showpiece, with a fifth team going through to the intercontinental play-offs (Qatar are not permitted to advance to the final qualifying round because, as hosts, they have already qualified for the 2022 FIFA World Cup).

Brunei Darussalam, Laos, Pakistan, Bhutan, Timor-Leste and Macau are already out of the race following their respective defeats against Mongolia, Bangladesh, Cambodia, Guam, Malaysia and Sri Lanka in the first round of the preliminary competition in June 2019.

All other FIFA member associations are in contention for one of the 31 2022 FIFA World Cup berths that are still up for grabs.

The road to Qatar is set to come to a close in March 2022. The 2022 FIFA World Cup in Qatar will kick off on November 21, with the final scheduled for December 18.

Draw information: the upcoming draws at the AFC and CAF are scheduled for July 17 and 27, respectively; the draw dates for the four other confederations are yet to be confirmed.

Previous Joma presents the new Official Ball of the Spanish National Futsal League!
Next India held by Syria to 1-1 draw in Intercontinental Cup!