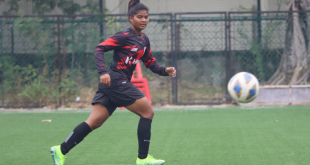 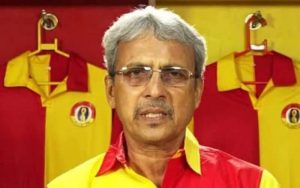 The All India Football Federation condoles the death of former India player Shyamal Ghosh, who passed away on Tuesday, January 3, 2023, in Kolkata after a brief illness at the age of 71.

Known as one of the most skilful central defenders of his time, Ghosh made his international debut in the Merdeka Cup against Thailand on July 24, 1974. Ghosh was also a key member of the Indian team in the 1974 Asian Games in Tehran. He played seven matches for the senior National team.

At the domestic level, Ghosh was a leading footballer for both East Bengal and Mohun Bagan and won several trophies for them, including Kolkata League, IFA Shield, Durand Cup and Rovers Cup. He was more successful for East Bengal and played seven seasons for them. In 1977, he was the captain of the Red and Golds side. In the National Football Championship for the Santosh Trophy, Ghosh represented Bengal five times and returned home with the champions’ medal thrice in 1975, 1976 and 1977. Ghosh was conferred with the Lifetime Achievement Award by East Bengal Club in 2016.

Condoling the death of Ghosh, AIFF President Kalyan Chaubey said: “The death of Shyamal-da is a huge blow for Indian Football. Apart from being one of the finest footballers of the 1970s, he was known for his impeccable manners, and remained a gentleman to the core on and off the field throughout his life. My thoughts go out to his family at this hour of grief.”

Dr Shaji Prabhakaran, Secretary General, AIFF, said, “Shyamal Ghosh was a role model for budding defenders for his sheer skills. We all are extremely saddened by his passing away. It is a big shock for the entire Indian Football fraternity. My condolences to his family. May his soul rest in peace.”

I often get asked – where is Indian football heading? Why haven’t we made the …