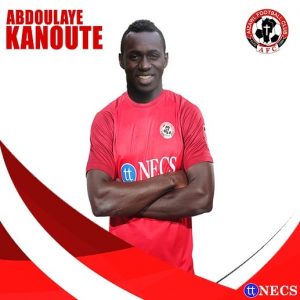 Former I-League champions Aizawl FC have announced the signing of Mali striker Abdoulaye Kanoute ahead of the 2019/20 I-League season.

27 year old Abdoulaye Kanoute of Mali joins the team from the Northeast from Lebanese side Bourj FC after having also played for other Lebanese sides Shabab Gazieh, Al-Nabi SC and Shabab Sahel.

After playing in his native Mali, Abdoulaye Kanoute then went on to play for Rivers United in Nigeria.

Aizawl FC will hope that Abdoulaye Kanoute will be amongst the goals with their campaign kicking off against Kolkata giants Mohun Bagan on Saturday, November 30.