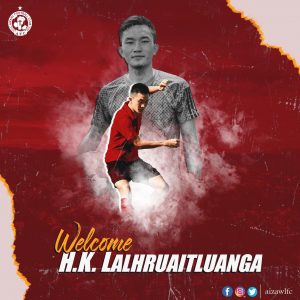 Former I-League champions Aizawl FC have announced the signing of attacker H.K. Lalhruaitluanga for the 2022/23 season.

H.K. Lalhruaitluanga was born in Lunglei in Mizoram.

Aizawl FC in a social media statement said, “Opponents’ flanks gotta start worrying coz we got ourselves a new Flash.”

@Arunfoot
Previous MeinAuto.de is the new main sponsor of FC Schalke 04!
Next Kick-off times confirmed for Matchday 1 of 2022/23 LaLiga!