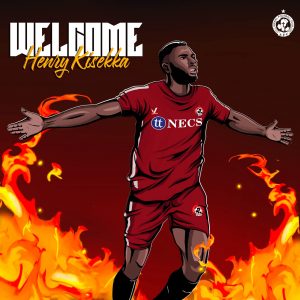 33 year old Henry Kisekka, who has born in Kampala, played for SC Villa in his youth before making his senior debut for URA Kampala.

He then moved to Vietnam to play for Hòa Phát Hà Nội, Dong Nai FC (twice), Quang Nam FC, Bình Duong FC, Long An FC, and Can Tho FC.

For the 2017/18 season, first moved to India to join I-League side Henry Kisekka. He then went on to play for Mohun Bagan AC, a return to Gokulam Kerala FC, a stint at home for URA Kampala and Police FC before returning to India to play for Bhawanipore FC and Mohammedan Sporting Club.