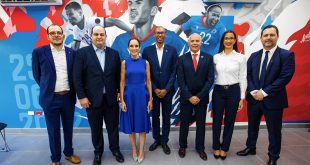 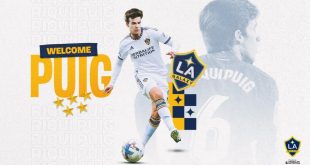 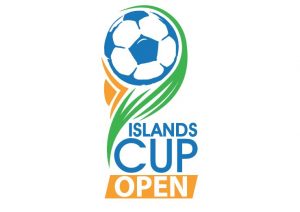 2002 FIFA World Cup champion and former AC Milan player Brazilian Roque Junior has been confirmed as head coach of the Guyana Oilers franchise which will be competing in the Islands Cup Open (ISCO) Tournament scheduled to commence in summer 2021.

Mr. Junior expressed his views on the appointment and said he was excited for the challenge ahead, “I am very proud with the selection in the quality of players especially for my first challenge as Head Coach after a long and successful playing career. I know I have a lot to prove as a Coach but I am mentality ready. I know there are many high-quality players who will be a part of this Tournament. ISCO games will be of a very high standard and extremely competitive. Our team will be ready for the challenge so let the games begin.”

The AS GUYANA OILERS Franchise who are currently owned and managed by the ISCO Intellectual property owner Caribbean Football Trust Limited (CFTL), will be spearheaded by Gaetano Marotta.

Mr. Marotta commented, “As director of CFTL the owner for the franchise, we are excited to announce such great appointments to our Franchise in Mr. Junior, as our Head Coach along with Mr. Alex Song, Mr. Teeratep “Leesaw” Winothai and Mr. Bhaichung Bhutia and Guyana’s own International player Mr. Walter A. Moore as our Marquee players. This represents our true commitment to our AS GUYANA OILERS Franchise. We are very much looking forward to a competitive first ISCO Championship participation.”

Song, a Cameroon International who is best known for his playing days with Arsenal FC, FC Barcelona and West Ham United commented, “this is a tremendous tournament for the Caribbean with the inclusion of so many young and renowned Marquee African players. I see this as a great opportunity for both Africa and Caribbean talent to collaborate on the playing field as one – after all, we are all Africans. In my view it’s long overdue”. He further said, “all young players from across Latin America, Caribbean and Africa can use this as a platform to showcase their talent to further attract top European clubs. This for me, is a lifetime opportunity for the younger players. I will participate to the best of my ability, with the focus on assisting them to reach their maximum potential.”

Leesaw, who plays for Bangkok United FC in Thailand, expressed his own views on the tournament. “This is a very special tournament designed by ISCO and it’s a thrilling opportunity for me in the last years of my career. I want to see more Asian players participating in this great tournament. I don’t know too many Caribbean players but the few I have seen over the years playing for various clubs in Asia have what it takes. I have a lot of respect for their talent. I see this tournament as a very competitive twelve (12) weeks championship and I will do my best. I know my teammates will be ready.”

The AS GUYANA OILERS Franchise will include elite young players from Guyana and will be based in Guyana, with several games to be played there.

Game days will be an experience that has never before been showcased in a single tournament, featuring a rich spectacular vibe – a melding of culture, food, football and live music genres such as Samba, Reggae, Soca, Salsa, Afro-beat, Reggaeton, Hip-Hop, EDM and Bollywood which will all contribute to the extravaganza experience. ISCO is slated to be the Biggest Football Fete Fest ever!

Bhaichung Bhutia, the torchbearer of Indian football expects great things from the ISCO Cup. “This format of the most beautiful game in the world as we have seen in India should be welcomed for the Caribbean fans. We in India have seen their celebrations and party atmosphere created during their Cricket games and football has a much larger reach. It will be fun to play in this type of festival atmosphere with a huge support base. I look forward to it. We also know the level of global talent that this tournament will attract. I am really optimistic. This is slated to be a big success.”

Walter A. Moore, the Guyana International who is said to be the best-ever Guyanese defender who made 77 national appearances while playing most of his career in Finland with elite clubs such as Vostok, Astana 1964, FF Jaro, and AC Oulu expressed the view, “this tournament is actually what Guyana and the rest of the Caribbean needs to help develop its local players to compete on an international level. The young players can benefit from ISCO financially and playing alongside internationally renowned Marquee players. it’s a valuable opportunity for all stakeholders.”

With a specific mandate to address underprivileged youths across various communities, ISCO will answer the call via Caribbean Football Trust Limited (CFTL), the owner of ISCO, a Barbados incorporated trust since 2007. It has established that 45% of all its profits will be assigned to ISCO’s own charity, branded as ‘Kick Poverty Out’ in addition to CFTL’s Social and Welfare Department’s campaigns to (“Kick Crime out & Kids’ Lives Matters”). These initiatives are in association with the local protective services in each host country.

In the current COVID-19 environment, we all should be alert, cautious and maintain a level of preparedness, mindful that the forecast and potential for things to worsen exists. It is for this reason that CFTL is committed to promoting the necessary practices that assist in eradicating this pandemic thus, our advice and caution to all Players, Coaches, football fans, media personnel and others across the globe – wash your hands, wear your mask, and maintain social distancing when in a public places.