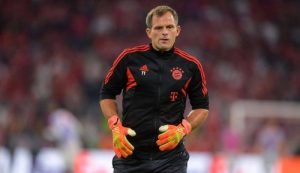 Hasan Salihamidžić, FC Bayern board member for sport, said, “As our goalkeeping coach, Toni was involved in the successes of recent years. We would like to thank him for that. Differences, particularly over the way we worked together, have now led to us going our separate ways. We wish Toni Tapalović all the best for the future.”

Behind the scenes the position of goalkeeping coach Toni Tapalović has been an issue due to said friction with head coach Julian Nagelsmann, his loyalty to Manuel Neuer with whom Tapalovic had joined the club in summer 2011 and his lack of coordination with loan goalkeeper Alexander Nübel, who is currently playing at AS Monaco.