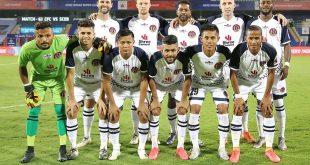 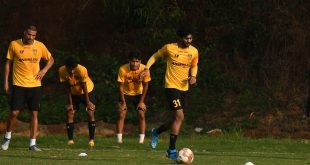 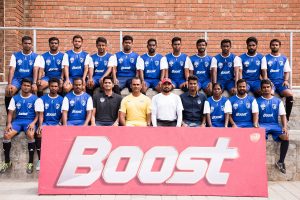 Bengaluru FC in association with their Energy Partners BOOST successfully conducted an AFC ‘C’ License Coaching Course under the guidance of AIFF Technical Director Savio Madeira at the FSV Arena in Bengaluru.

Staying true to their commitment of improving the game at the grassroots level, Bengaluru FC and Boost organized the course at a subsidized rate for 20 coaches from the city. With an aim of educating coaches who work regularly with kids, the course was tailor-made for school coaches who participated in the BOOST-BFC Inter School Soccer Shield held during January this year. Joining them were coaches who run programmes in the community as well as those from a few local academies.

Savio Madeira, Technical Director of the All India Football Federation, said, “It’s a very good initiative by Bengaluru FC to bring this course to coaches who are working in schools. It’s in schools where the kids start playing football and it’s important to have quality coaching at this level. The Asian Football Confederation has always stressed on this and it’s an important step in developing Indian Football. In the AFC ‘C’ License course, we try to assess the coaching skills and ability to man-managing a 25-member squad. This forms the base of the second step in coaching, after the AIFF ‘D’ License.”