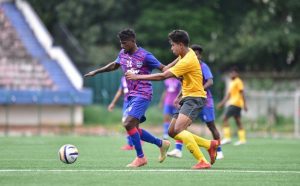 The young Bengaluru FC ‘B’ team started off their Puttaiah Memorial Cup with a 5-0 win over Kodagu FC.

The match was played at the Bangalore Football Stadium on Thursday, August 11.

#NewBlue Sudheer Kotikala made his debut in BFC colours as the Blue Colts ran out 5-0 winners against Kodagu FC in their Puttaiah Memorial Cup opener at the BFS earlier today. #WeAreBFC #YouthDevelopment pic.twitter.com/qq3hBZQEMj