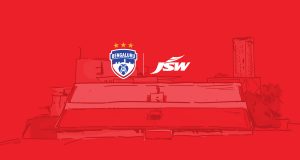 Reigning champions Bengaluru FC will kick off the 2020-21 edition of the prestigious BDFA Super Division League against Young Challengers FC at the Bangalore Football Stadium on Friday, January 15.

The Blues Colts, who won the title in 2018-19 and 2019-20, will face an uphill challenge this time around, given the packed schedule caused by the COVID-19 pandemic and with several of last season’s players joining the first team in Goa for the Indian Super League campaign.

“We have put in strong performances in the last two seasons of the BDFA Super Division League, and many of the players from those squads have gone on to join our first team, or first teams in several other Indian clubs. Our current group of boys have done well in the few friendly games we have played so far, and we will hope to take that form into the League,” said Sandesh Bhoite, who will take charge of things on the sidelines in Bengaluru.

The League campaign, which kicked off earlier this week, consists of thirteen teams, with games being played in a single leg format and behind closed doors. Head of Youth Development Naushad Moosa, who is in charge of the club’s first team in Goa, said he is hopeful of seeing many more youngsters come through.

“As you can see, many of the players in our Bengaluru FC team for the Super Division League this year are less than 18 years old, and sometimes much younger. The League gives our younger ones a good and competitive platform to express themselves as footballers, and to gain valuable experience playing physically demanding games. I hope to see many of these players making their way through to the first team in the coming years,” said Moosa, who will be overlooking things from the club’s bio-secure team bubble in Goa.

The Blue Colts began their pre-season with a 2-1 loss to Kickstart FC in an exhibition match, before a hard fought 3-3 draw against FC Bengaluru United. The youngsters then came into their own, with big wins against Bangalore Eagles (5-0) and Army Green (7-0).

All fixtures in this season’s BDFA Super Division League will be played at the Bengaluru Football Stadium, with kick offs slated at 1.30 pm, and 3 pm or 3.30 pm.