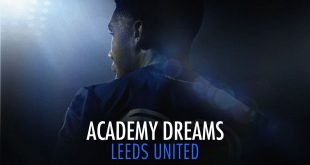 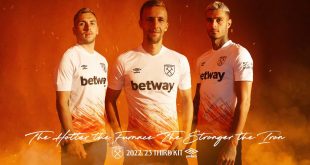 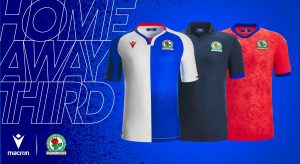 Blackburn Rovers, one of the oldest and most iconic clubs in English football, is preparing for next season in the Football League Championship and teamed up with Macron, the Rovers’ technical partner since last year, has unveiled the new match strips that the English 11 will wear during their matches at Ewood Park. Shirts that bind the team to its fans, such as Mr. Alan Ashworth, who has been following Rovers since 1938, or Zahra Mohammed, who became a season ticket holder at the club last year and has already renewed her seat. Both are among the stars of Blackburn Rovers’ campaign to launch their new shirt.

The new Home shirt has a V-neck with red piping and inserts, also present on the edges of the raglan sleeves. A first shirt in the name of tradition with a half-white (right) and half-blue (left) tunic and sleeves in inverted colours. On the sides there is a white band with a red knitted insert on the neckline. The back of the neck is personalised with a label on a blue background with the logo of the English club in the centre. Blackburn Rovers’ motto: Arte et Labore (By skill and Hard Work) is printed in red, Gothic characters, on the outside backneck. The graphic feature on the 22-23 version is present on the sleeve and on the lower part of the shirt in blue, on both the front and the back: it is a sublimation-printed slightly upward gradient effect. On the breast, in red silicone print, is the Macron Hero, on the left the Blackburn Rovers crest. The shorts are white with red knit inserts on the sides. The blue socks have a white upper edge.

The Away shirt is a navy blue polo shirt with blue detailing. The backneck and motto printed on the outside of the collar at the back are reproduced as in the home version. The graphic detail that distinguishes this match strip is the embossed design made up of broken down parts of the club’s logo and extended over the entire front of the shirt. On the breast is the Macron Hero in white, flanked on the left by the club’s crest. Shorts and socks are in navy blue.

A very striking colour and graphic choice was made for the Third version. The shirt is a crew-neck with blue knitted edging. The dominant colour is red enriched with an all over sublimation print texture and embossed with the Lancaster red rose design, present in the club’s crest and symbol of the county of Lancashire. Printed on the back neck in white is the motto Arte et Labore and on the right breast is the Macron Hero, on the left the Blackburn Rovers crest. Red shorts with white drawstrings and red socks with a white stripe on the upper edge complete the strip.

The shirts are Slim Fit, the main fabric is Softlock and the inclusion of micromesh inserts allows this technical garment to be particularly lightweight with excellent breathability. 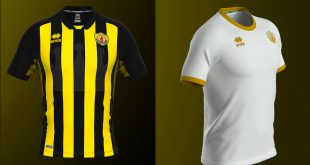