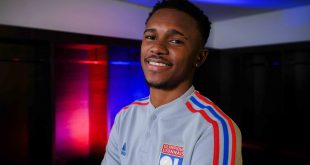 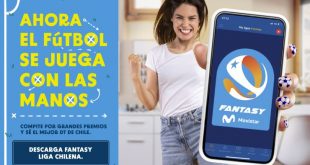 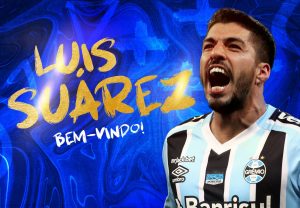 Luis Suárez is Brazilian side Grêmio’s newest reinforcement for the 2023 season. The 35-year-old Uruguayan, who joins from Nacional in Uruguay, has signed a two-year contract until the end of 2024.

Luis Alberto Suárez Díaz was born in Salto, Uruguay. He began his youth career at the age of 13 at Nacional in Montevideo. He became professional in 2005 and played in two seasons for the charrua team, winning two national championships.

At the age of 19, he left Nacional to play in European football. After a brief spell with Dutch Eredivisie side FC Groningen, he signed with league rivals Ajax Amsterdam and spend four seasons with them. In 2009/10, Luis Suárez was the top scorer in Europe, winning the Dutch Cup.

Luis Suárez was one of the players of the 2010 FIFA World Cup in South Africa and through that performance earned a transfer to Liverpool FC in January 2011. Luis Suárez stayed four seasons with the Reds and was the club’s top scorer in 2012 and 2013, was chosen the best player in the Premier League in 2014 and won the English League Cup in the 2011/12 season.

In July 2014, Luis Suárez signed with Spanish LaLiga giants FC Barcelona for five seasons to live the big moment of his playing career. For the Catalan team he won all possible titles among them the UEFA Champions League, the UEFA Super Cup and the FIFA Club World Cup. He was Spanish champion in four seasons.

In 2020, the player was traded to Atletico Madrid and spend two seasons with them. For the Madrid team, he also won the 2020/21 Spanish LaLiga title.

In the middle of 2022, the proven goalscorer returned home signing a contract with Nacional de Montevideo. In six months, he won the Clausura Tournament and the Uruguayan Championship.

For the Uruguayan national team, Luis Suárez played four FIFA World Cups. He was champion and best player of the 2011 Copa América which was held in Argentina.

Caden Clark will be part of RB Leipzig’s first-team set up, effective immediately. The 19-year-old …