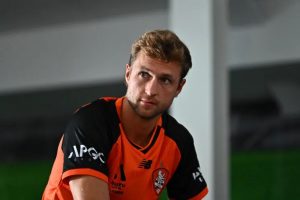 Brisbane Roar wishes to advise that the Club and Matti Steinmann have mutually agreed to terminate the midfielder’s contract.

The 27-year-old German joined the Club ahead of the 2021/22 A-League season, following his time with Indian Super League side SC East Bengal.

Matti Steinmann would go on to make his debut for the Roar against Melbourne City in November last year before making a further 17 appearances in the A-League.

Brisbane Roar thanks Matti for his contribution and wish him well for the future.