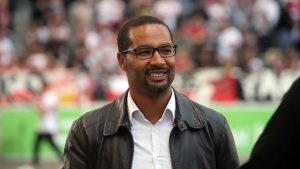 Former VfB Stuttgart player and German international Cacau is set to become a brand ambassador for the club. The 41-year-old will be representing VfB in various different functions, as well as being one of the figureheads of future legends activities at the club.

Rouven Kasper said, “It’s our desire to get back into closer contact with our club legends – the esteem you have for great former players is what shapes the identity and image of a big, historic club like VfB. Cacau is a great personality who shares our values and our passion for VfB, and he will be a real asset to us both internally and externally.”

Cacau added, “Working for VfB and representing them is an honour for me. I want to help shape the new path that VfB is embarking on and I’m really looking forward to this new challenge, both on a personal level and together with former players and VfB legends from past generations, as we look to be successful ambassadors for our club, VfB Stuttgart.”

The striker scored 109 goals in 346 competitive appearances during his playing career for VfB, helping to steer the club to the 2007 German Bundesliga title. He won 23 caps for Germany, scoring six international goals.