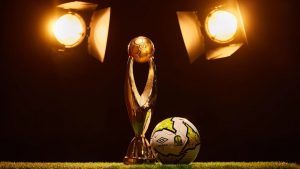 CAF has worked closely with both clubs and the host Federation in dividing and allocating a fair and equal distribution of tickets. The maximum safe capacity of the Mohammed V Stadium in Casablanca, Morocco, has been set at 45,000 people, in accordance with CAF Safety and Security Regulations.

These seats have been distributed as follows:

CAF has confirmed that no tickets will be sold at the stadium on match day.

In addition, arrangements have been made to assist with the visas for the visiting supporters upon their arrival in Morocco.

ROAD TO THE FINAL

Al Ahly (Egypt) are record ten-time TotalEnergies CAF Champions League winners, and the current title holders. They came second in their group before beating Raja (Morocco) 3-2 on aggregate in the quarter final. The reigning champions then defeated ES Setif (Algeria) 6-2 on aggregate to reach the final.

Wydad (Morocco) are two time African Champions, with their most recent title being in 2017. WAC topped their group, before beating CR Belouizdad (Algeria) 1-0 on aggregate in the quarter final before ousting Petro de Luanda in the semi-final 4-2 on aggregate.