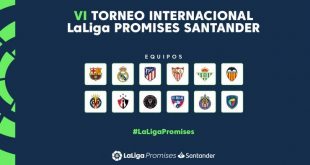 CONCACAF has announced that the official draw for the 2022 Scotiabank CONCACAF League (SCL) will take place on Wednesday, June 8, at 8:00 pm ET, in Miami, FL.

The made for tv event will be widely available for fans across the region to follow and enjoy through the Confederation’s TV partner networks, including TUDN | ViX (USA-Spanish), OneSoccer (Canada), Fox Sports Mexico (Mexico-Spanish), ESPN (Central America, Caribbean and South America), and other local partners. For other territories, it will be available on the Official CONCACAF App (Apple and Google Play stores), and CONCACAF’s Facebook and YouTube pages (all subject to territory restrictions).

The sixth and final edition of the SCL, which precedes an exciting new CONCACAF club ecosystem launching in 2023-24, is scheduled to kick off the last week of July.

The 2022 SCL will qualify six clubs to the 2023 Scotiabank CONCACAF Champions League (SCCL) and will continue to be played in a direct elimination format, with home and away play in all five rounds (preliminary round, round of 16, quarterfinals, semifinals and final).

The 22 clubs that will participate have qualified or will qualify in the coming weeks via domestic league play and regional cups. These clubs are, in alphabetical order per country:

On June 8, CONCACAF will conduct the draws for the Preliminary Round and Round of 16. The two draws will be executed using a single blind system involving four pots. The 22 participating clubs will be distributed into the four pots according to their CONCACAF Club Ranking and the round in which they will begin play.

The draw for the Preliminary Round will begin by randomly selecting a sphere from Pot 1 and placing that club in bracket position A1. The same process will be followed for the remaining five spheres, placing them into positions A2-A6 in sequential order.

Once all clubs have been assigned a Preliminary Round or Round of 16 bracket positions, the event will conclude.

All five rounds of the 2022 SCL will include home and away play, commencing with the Preliminary Round between 12 clubs. The six winners will advance to the Round of 16, joining the 10 best ranked clubs. These matches will be followed by the Round of 16, Quarterfinals, Semifinals and a two-legged final, where the last SCL champion will be crowned.

For the Preliminary Round and Round of 16, the clubs from Pot 1 (highest ranked) will play the first leg away and the second leg at home.

The match windows per round are as follows:

CONCACAF will announce the full schedule, including kickoff times and venues for the first two rounds after the official draw.

In September of 2021, CONCACAF announced that from 2023 onwards the SCL will be replaced by three regional cup competitions that will be played in the fall of each year. These three new tournaments will qualify clubs for a Confederation-wide expanded 27-club CONCACAF Champions League that will crown the region’s best club. 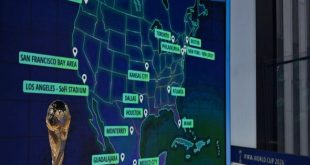