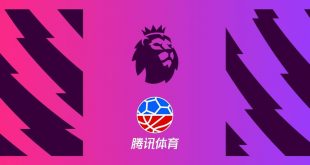 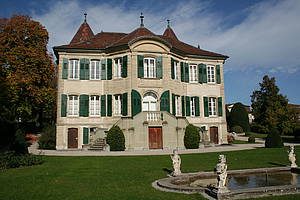 The CAS Panel dismissed the UAEFA’s appeal and confirmed the decision issued by the AFC Appeal Committee on May 20, 2019 in which the UAEFA’s protest against the eligibility of two players that represented Qatar during the semifinal match UAE v. Qatar on January 29, 2019 was dismissed.

On January 29, 2019, the teams from Qatar and the United Arab Emirates played each other in a semifinal match. Qatar won the match 4-0 and went on to win the tournament. Shortly after the semifinal game, the UAEFA filed a protest with the AFC Disciplinary and Ethics Committee (AFC DEC) alleging that two of the players fielded by Qatar (Almoez Ali and Bassam Al Rawi) were ineligible to represent the QFA according to the 2019 AFC Asian Cup Competition Regulations and the relevant FIFA regulations (the applicable regulations).

Following an investigation, on April 15, 2019, the AFC DEC dismissed the protest. The UAEFA then lodged an appeal with the AFC Appeal Committee which was dismissed on May 20, 2019.

On June 21, 2019, the UAEFA filed an appeal at the CAS seeking to have the Challenged Decision set aside and replaced with a ruling that QFA had violated the applicable regulations and, as a consequence, that the UAE be awarded the victory of the semifinal match and all benefits resulting from the victory of said match, in particular in relation to the AFC Competitions Ranking. In particular, UAEFA considered that the mother of Almoez Ali was not born in Qatar, which means that the Player should have been declared ineligible to represent the QFA. UAEFA no longer challenged the eligibility of Bassam Al Rawi, who was suspended during the semifinal.

The CAS Panel in charge of the matter conducted a hearing with the parties, their legal representatives, witnesses and experts on 12 March 2020.

The CAS Panel noted that the mother of Almoez Ali holds dual nationality (Qatar/Sudan) but was comfortably satisfied that the Player is a Qatari national who never represented another national association and that he has other ties to his new country Qatar, notably that his biological mother was born in Qatar. As a result, the Panel rules that Almoez Ali was eligible to compete for Qatar in the AFC Cup Semi-Finals against the UAE. Accordingly, the CAS Panel confirmed the Challenged Decision.

Previous Germany’s Bundesliga clubs agree to strategy for returns of fans!
Next UMBRO & Werder Bremen unveils 2020/21 kits in tribute to their fans!

The Asian Football Confederation (AFC) today thanks the efforts of the Qatar Football Association, the …