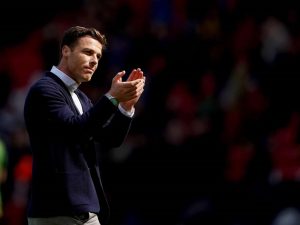 Club Brugge have announced the appointment of Scott Parker as their new head coach to succeed Carl Hoefkens.

42 year old Scott Parker had a great career as a professional footballer. He played for Chelsea FC, Newcastle United, West Ham United and Tottenham Hotspur. The then midfielder played 18 times for the English national team and was also captain there.

He started his coaching career as a coach at the Under-18 team of Tottenham Hotspur and then under Claudio Ranieri and Slavisa Jokanovic became assistant coach at Fulham FC. In February 2018, Parker became head coach at Craven Cottage. In 2020, he won promotion to the Premier League with the Londoners. After his time at Fulham FC, Parker went to work at AFC Bournemouth. Also with The Cherries, Parker could force promotion to the Premier League.

Scott Parker will be presented next week at the Belfius Basecamp.