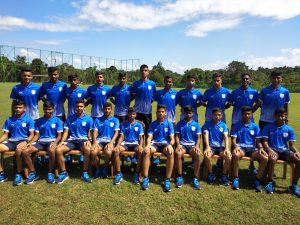 Dempo Sports Club have announced that the club has attained 100% results in the recently concluded SSC Examinations for the second year running.

With the Club setting an exceptionally high standard on and off the classroom in the last year, it was going to take a special effort from the boys to impress after last year’s showing in the SSC Examinations and we are glad to announce that they have over achieved on every single front.

From the 15 Residential Academy boys that were eligible for the SSC Examinations this year, the Club has managed to score 5 Second Class, 6 First Class & 4 Distinction ranks, setting a new standard of excellence for all Dempo Academy Trainees that will come in the future.

Keen to maintain our belief that Sports & Education are not mutually exclusive entities, this year’s SSC results have showed significant improvement from the 5 Second Class, 4 First Class & 1 Distinction that was achieved in the academic year of 2019-20.

Appreciating the work that has gone within the organisation & all its stakeholders, the Club would like to extend a warm hug to the staff at Fr. Agnel High School – Pilar and Rekha D’Silva, both of whom have had huge roles to play in the achievement of these results.

Speaking about the achievement, Shrinivas Dempo, Chairman of the Dempo Group said, “In a year on unprecedented hardship, where the boys have not been able to shine on the ground due to the Covid-19 pandemic restricting football activity in the state, I am overwhelmed with the continuous dedication they have shown and the work ethic they have managed to carry from the Ground into their Classrooms, bringing glory to their family and the Dempo Name. In a special way I would like to congratulate the teachers, who have had a particularly tough time in the last few months & extend my thanks for the work they continue to do for our children.” 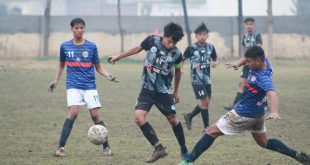