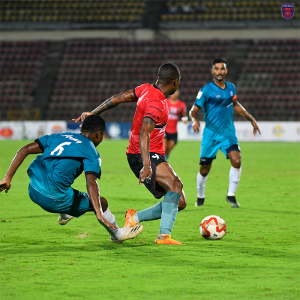 Odisha FC continue their winning run with a fourth consecutive victory in the Durand Cup at Indira Gandhi Athletic Stadium in Guwahati. They become the only team in the tournament to win all four group stage games and find themselves top of Group D, scoring 12 goals and conceding none.