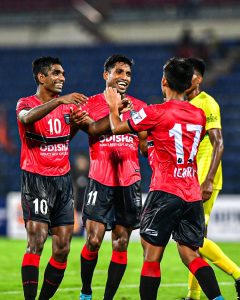 Odisha FC continued with their impressive run in the Durand Cup with a 3-0 win against Sudeva Delhi FC at the Indira Gandhi Athletic Stadium in Guwahati to qualify for the quarterfinals.