Dutchman Kila to take over as Bengaluru FC’s Head of Youth Development!

Arunava Chaudhuri 2016-06-13 I-League Comments Off on Dutchman Kila to take over as Bengaluru FC’s Head of Youth Development! 1,469 Views 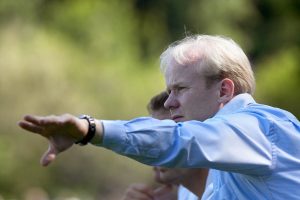 Kila has covered coaching assignments in Holland, Japan, New Zealand and most recently in Ghana as the Head Coach of the U-19 team and coordinator of the U-17, U-15 and U-13 teams at the West African Football Academy (WAFA), formerly known as the Feyenoord Ghana Academy.

“My main objective is to train and coach the youth teams at Bengaluru FC and to develop the skills of these youngsters so that they become professional players capable of playing for the first team. I look forward to giving structure to a development plan for both coaches and youth teams with the experience I have gained over the years,” said Kila.

Club COO Mustafa Ghouse expressed his delight at Kila’s appointment, pipping his experience as a step in the right direction for the club’s youth development program, with the Dutchman having developed several players who are currently active in Portugal, France and Austria.

“We are excited to have John on board to head the youth program. He comes very highly recommended having successfully implemented youth programs in various parts of the world. We strongly believe that there is an abundance of football talent in the country and are committed to providing this talent the best support possible to achieve their true potential as footballers and as individuals,” he said.

Under Kila’s guidance, the WAFA U-19s have been promoted from the Second Division to the First Division and are currently in the Ghana Premier League for a second successive year.