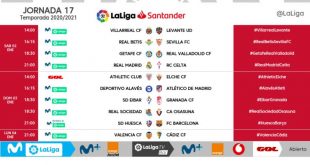 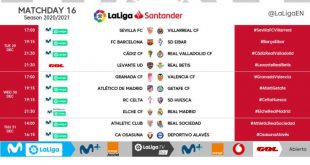 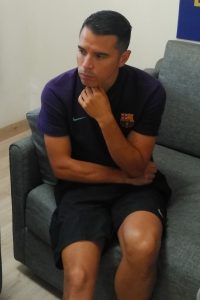 FC Barcelona legend and former Argentine international Javier Saviola today said that he is optimistic about the future of Indian Football. According to him, “India has always been a sports loving nation. Historically, it has been a football playing and loving nation. In the last several years, we have seen this beautiful game regaining its glory with fervour. More so when it comes to the youngsters. If the young footballers are nurtured from an early age, India can produce world class and competitive footballers in the near future.”

Speaking about Barca Academy in India, Saviola pointed out that its success is due to the growing demand for professional football training. He said, “Barca way of training is very popular globally. Our technique of teaching is not limited to the pitch but we spend time in classrooms to impart knowledge about the game. At Barca Academy, it is a holistic development of the young footballer that we stress upon. It is also very encouraging to see schools like Heritage Xperiential Learning School, Gurugram encouraging world class football training to young footballers.”

He added that in the last 7 years, Barca Academy has opened various across India and has extensively held camps to introduce young footballers to the Barca way of training.

Javier Saviola also formally announced Barca Academy, Gurugram as the destination for Barca Academy Asia Pacific Tournament in between January 24 to 27, 2019. The premier intra Barca Academy competition will have 50 international teams vying for the honours in the mega tournament. Technical Director of Barca Academy – India, Aitor Olmo will be the Tournament Director.

Young footballers from across the world will be travelling to India to participate in the tournament. The tournament will have teams participating in 4 categories – Under-9, U-11, U-13 and U-15.

An exhilarated Anu Jain, Director Conscient Football, said, “In 2011 when we partnered with FC Barcelona to bring in Barca Academy to India, we were certain that the partnership will change the way the game of football was perceived in the country. We inculcated the Barca philosophy of not about just playing football better, but living the Barca values and building camaraderie. One of the key facet of Barca Academy India is that we have young footballers from every walk of life. We particularly scout of promising footballers and where required we offer full scholarship to the deserving young footballer.”

The host school’s Co-Founder, Manit Jain said, “In our endeavour to promote excellence in sports education, we partnered with FC Barcelona about seven years ago to introduce the world’s best football training to our students and aspiring young footballers. Our school, students and participants at the Academy have incorporated learnings from Barca’s holistic practices and stringent standards that goes beyond just football.”

Speaking on the occasion, Antonio Claveria, Head – Barca Academy, APAC, said, “My association with Barca Academy in India dates back to almost the 1st season. I have spent years in India and have realised that there is unparalleled football talent this country possesses. It is about providing the right infrastructure. The Asia Pacific Tournament will have the international teams from various Barca Academy. It will be the perfect opportunity for everyone to learn from each other and also measure how the pupils have evolved over the years.”

Barca Academy India has trained more than 15,000 young footballers. Many of the players in the FCBCamps and Barca Academy have travelled to Barcelona to participate in the Escola International Tournament, FCBClinics and various other tournaments. Barca Academy India now has the largest offering of all such academies and has trained more than 25,000 players across various formats. The fact that Barca Academy is one of the best youth development programs in the world, coming from a club that has produced talents like Messi and Iniesta from its own stables, is now bearing fruit in the Indian environment as well. Be it the representation in India’s U17 World Cup Futsal squad or in Haryana & Delhi Sub-junior & Junior State teams or in the Delhi football league representing various clubs, the Barca Academy trained players are beginning to make a mark. Barca Academy is the largest football academy in India and has been rated as the top academy by the AIFF.