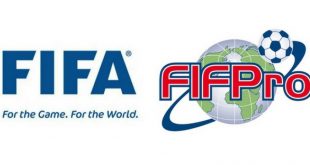 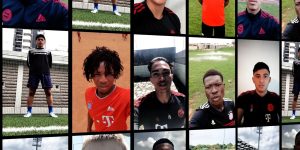 FC Bayern is launching the second edition of the FC Bayern World Squad, where young footballers from all over the world can get closer to their dream of one day becoming a professional. On Monday, the selected talents will embark on a nine-day trip to Brazil to play against the likes of CR Flamengo and Vasco da Gama U-19s in Rio de Janeiro.

The German record champions and partner Volkswagen, who are making the second edition of the project possible as a sponsor of the FC Bayern youth section, are offering a total of 20 young footballers from 17 countries the opportunity to develop under the guidance of professional FC Bayern coaches this year.

FC Bayern board member for sport Hasan Salihamidžić said, “We are very happy about the many new talents from all over the world. The FC Bayern World Squad project is one of the largest scouting projects in the history of our club and has already developed successfully in its first year. It’s an excellent springboard for talent.”

FC Bayern marketing director Andreas Jung said, “FC Bayern and Volkswagen, the core partner in this international flagship project, want to use the FC Bayern World Squad to promote young footballers from around the world, give players from structurally weak regions a chance and generally encourage cultural exchange. With this youth project, which is unique in the world, FC Bayern is once again demonstrating the values of diversity, tolerance and team spirit.”

Volkswagen chief marketing officer Jochen Sengpiehl said, “The FC Bayern World Squad shows that football overcomes barriers and brings people together. As promoting talent, the diversity of the sport and working on the future are particularly important to us, Volkswagen is happy to continue the project and is fully committed to it.”

A total of 2,604 players from 106 nations applied with short videos for one of the coveted squad positions – almost four times as many as last year, when there were 654 from 64 different countries. The only requirement for participation was the year of birth: 2004 or 2005. The scouting and decision-making process was guided by a professional team of coaches led by former Bayern captain and World Cup winner Klaus Augenthaler. Last year, Colombia’s José Mulato was recommended for a professional contract. The striker is currently playing for FC Dallas / North Texas FC – a prime example of how dreams can come true with the FC Bayern World Squad.

In addition to the sporting aspects, there is a special focus on team building and cultural exchange in the development of talent. The squad for the trip to Rio de Janeiro includes 19 players plus three Brazilian talents, but only one of the three local talents will be included in the permanent FC Bayern World Squad at the end of the week. The team will be accompanied by FC Bayern legend Zé Roberto. Accommodation will be at the CR Flamengo youth academy. The conclusion of the FC Bayern World Squad is a training camp in Munich for all the selected talents. The young footballers will have the chance to get to know FC Bayern even better and compete in a match against the FC Bayern U-19s. The game will take place on July 16 at the Allianz Arena.

The entire journey of the youth players, from training to the selection process to the game against the FC Bayern youth team, can be seen again this year as an eight-part exclusive content series. The documentary will be broadcast in autumn on the club’s YouTube channel, the FC Bayern website, and selected international media.