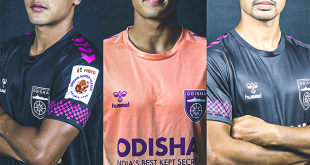 FC Goa have announced that the Club has reached an agreement with Sporting Clube de Goa to secure the services of the promising young defender Kunal Kundaikar.

Kundaikar today put pen to paper on a three-year deal after FC Goa agreed to an undisclosed transfer fee with the Flaming Orange, a season after helping his former side win the Goa Pro League title in his first season with the club.

The 22-year-old will be given the chance to impress upon Juan Ferrando and will be involved with the first team for the pre-season.

A fan of Sergio Ramos, the youngster was delighted at completing the move, one which he describes as a dream come true.

“I have been an FC Goa fan. I have been to the Fatorda (Pandit Jawaharlal Nehru) Stadium on many occasions. I have lived the moments, the games and now to be able to have a chance at striding out onto the pitch like so many of my idols is a dream come true,” said the defender after completing the formalities.

FC Goa Director of Football, Ravi Puskur also commented on the latest addition to the squad. He said, “Kunal is a player who we’ve had on our radar for a fair bit of time. He has a number of qualities that we value in a player. He’s a young Goan player with a great future and has been a part of teams that have won the Taca de Goa and the Goa Pro League in recent seasons. In addition to his defensive qualities, he is composed on the ball and has a good passing range. We’re delighted to have signed him and we look forward to him growing with us.”

The young defender started his career with FC Neura, where he signed in 2014 as a part of their U-18 team. Playing primarily as a winger, he shined in his very first season – especially in the inter-village tournaments playing for Goa Velha Sports Club.

Goa Velha SC signed him the very next season, where he played the GFA First Division (Second tier in Goan footballing pyramid) for the side. Panjim Footballers and a chance at playing in the Goa Pro League came calling in 2016.

The next two seasons saw him transform from a winger to a defender capable of playing across the backline. He grew into one of the most important players in the side whilst winning the Taca de Goa (GFA’s U-20 tournament).

He signed for Sporting Clube de Goa in 2018, but was sent back on loan to Panjim Footballer for the next two seasons. The 2018/19 season saw Kundaikar win the Reliance Cup in Goa, playing for Fr. Agnel College, Pillar before again delivering the Taca de Goa title.

The following season saw him named the captain for Panjim Footballers before securing a move to the Sporting Clube de Goa side for the 2020/21 season. In his first season with the club, the youngster helped the side to a Goa Pro League title whilst being named ‘Defender of the Season’ at the club. 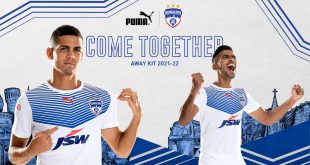