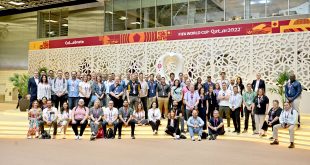 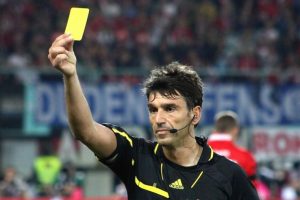 The FIFA Head of Referees Massimo Busacca of Switzerland will be visiting Cochin over the weekend on the sidelines of the AIFF organised FIFA MA Refereeing Courses which would be held from July 22 to 29, 2016. All elite Referees, Assistant Referees and Referee Assessors/Instructors would be participating in the Courses.

“This is the first time ever that a FIFA Head of Referees will be visiting India,” Col Goutam Kar (Retd), Head of Referees, AIFF informed AIFF Media. “His presence will boost the morale of the participants. He is a great motivator and we are all looking forward to attending his session,” he added.

“It’s a great honour for All India Football Federation that Mr. Massimo Bussaca, Head of Referees, FIFA will be visiting us for the FIFA MA Referees Development Course in India. I thank FIFA for their continuous support for development of Refereeing in India,” he told AIFF Media.

“Mr. Massimo’s presence and inputs will further enhance the endeavour of our Refereeing Department in taking the next steps,” he felt.

Mr. Busacca who was adjudged the ‘Best Referee in the World’ in 2009 had supervised in successive FIFA World Cup editions in 2006 and 2010 respectively, and also in UEFA Euro 2008.

Besides, he has also supervised in 42 UEFA Champions League matches including the 2009 Final between FC Barcelona and Manchester United and several other high profile games.

“Mr. Massimo’s presence reiterates FIFA’s support for the development of Indian Referees. We look forward to it,” Col Kar pronounced.

The AIFF Elite Youth League 2022-23 will kick off on December 22, with the tournament …