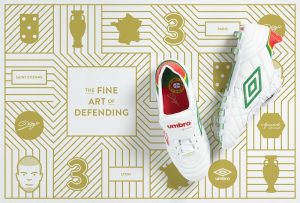 A player at the top of his game deserves to be recognised, so UMBRO unveiled a signature edition Speciali Eternal for a man that has mastered the fine art of defending, Pepe.

The Real Madrid and Portugal defender has a long history with UMBRO and has already declared his love for the boot in spectacular fashion, but now he’ll be able to step out in style in the Speciali Eternal Pepe edition in this Saturday’s UEFA Champions League final.

Inspired by the colours of Portugal and featuring the national flag on the insole, the boots also feature Pepe’s signature in gold on the heel tab. Available from today, the boots are inspired by the original Speciali boots that Pepe wore as a child, but updated for today’s game with a lighter outsole and the finest soft leather upper.

Following Saturday’s big game in Milan, the boots will also be worn by Pepe this summer as he leads Portugal into the 2016 UEFA European Championships in France. 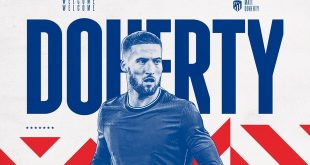