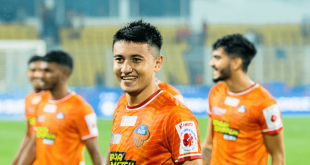 Kerala Blasters today announced that former England international Steve Coppell will lead the team in the next edition of the Hero Indian Super League (ISL) 2016. The appointment comes close on the heels of the consortium of Chiranjeevi, Akkineni Nagarjuna, Allu Arvind and Nimmagadda Prasad joining Sachin Tendulkar as co-owners of Kerala Blasters.

As marquee manager, Steve will work on building a nucleus of support staff incorporating the best of Indian and international talent. Steve will also play an important role in the selection of the team.

Steve Coppell was the foremost right-winger of his generation known for his speed and work rate. He won domestic honors for Manchester United with 322 appearances and 53 goals. With 42 England caps, he represented England in international football including at the 1978 FIFA World Cup from 1977 to 1983 when his career was cut short by an injury.

With an extensive management career from 1984 to date, he is part of a select band racking up more than 1,000 games as a league manager working with football clubs Bristol City, Brighton & Hove Albion, Manchester City, Brentford, Crawley Town and was most recently Director of Football at Portsmouth. His mentoring of Crystal Palace and Reading resulted in both clubs achieving their greatest-ever successes in the Premier League. He has twice been named League Managers’ Association ‘Manager of the Year’ when he was in charge of Reading FC.

Known as a statesman of the game and one of the shrewdest operators in the sport, Steve is also credited with discovering players such as Ian Wright, a striker he signed from non-league football, and who became a household name and international footballer.

Steve Coppell is in India to interact with the management and visit the facilities. Welcoming the challenge to test himself in India, Steve Coppell said, “Indian Super League has laid a strong foundation in its last two seasons nurturing quality Indian football. Also, its unique format gives an opportunity to Indian players to play and compete against international talent, learnings that will strengthen the roots of football in India. I have heard a lot about the strong fan support of Kerala Blasters FC, as also Kerala’s strong legacy in Indian football. I believe in creating an environment for the players to win matches and am looking forward to working with the team and sharing my passion for the game with them!”

Commenting on the appointment, a Kerala Blasters official said, “It is our pleasure to welcome Steve Coppell to the Kerala Blasters family! With over 30 years in the dug-out, Steve brings a wealth of experience to the team. He has led Reading to the League record of being unbeaten for 33 consecutive league games! We look forward to him replicating his success with Kerala Blasters for an exciting season of ISL.” 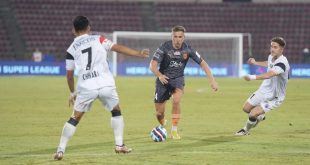