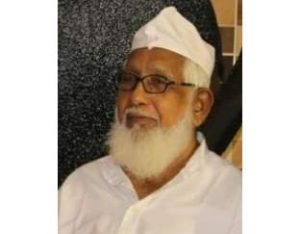 The Football Association of Odisha (FAO) has informed that former footballer Abdul Jabbar breathed his last at 10.40pm yesterday, September 1 at his residence in Jhola Sahi, Cuttack. He was around 85 years old.

Abdul Jabbar was an employee of Orient Paper Mill in Brajarajnagar (Jharsuguda). He is survived by wife and two sons, one of them being FAO joint secretary Mohammed Shahid Jabbar.

FAO secretary Asirbad Behera and all other FAO office bearers had expressed their deep grief and sorrow on the sad demise of Mr Abdul Jabbar.