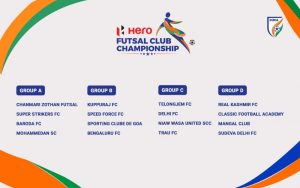 The draw for the inaugural edition of the Futsal Club Championship 2021-22 was conducted over video conferencing earlier today, October 28. The draw ceremony was preceded by a meeting of the All India Football Federation’s (AIFF) Futsal and Beach Soccer Committee.

AIFF general secretary Kushal Das said, “This is a path breaking moment in Indian Futsal. It is something that we would have done a couple of years earlier, had COVID not hit us. However, this is a great start to Futsal in India, and I wish all the clubs good luck.”

Leagues CEO Sunando Dhar stated, “We have held many workshops for the last one and a half years with the State FAs, and so many of them were subsequently able to hold their state Futsal leagues. Due to the growing popularity of the game, we have decided that from the coming year, there will be no direct entries. The Indian Super League and the I-League clubs will also have to participate in the state leagues, thus increasing the number of matches.”

Following the Futsal and Beach Soccer Committee Meeting, the Futsal Club Championship draw was conducted at the Football House in New Delhi, with representatives from all the clubs witnessing the draw via video conferencing. 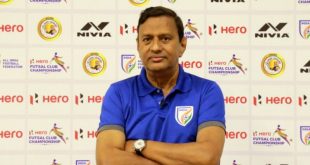