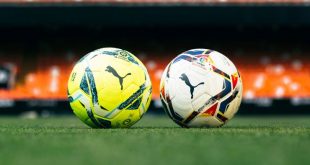 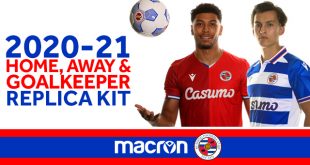 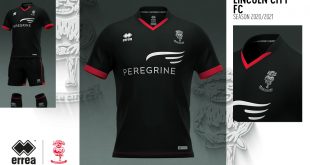 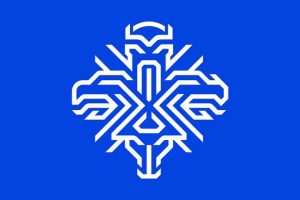 The Football Association of Iceland – Knattspyrnusamband Íslands (KSÍ) – has launched a brand-new identity for the Icelandic national teams with an epic video. A new crest for all the senior and junior national teams is at the heart of the new identity which does also feature a new national team kit.

“With the spectacular achievements of recent years, Iceland’s national team has attracted the attention of the world. Thanks to a strong team spirit and the relentless support of the nation, we have demonstrated that we can stand equal to any team,” the KSÍ said as part of the launch. “We have played on our strengths and learnt from our sweet victories and bitter defeats, which have shaped our values. These elements have inspired us to create a new look, which simultaneously symbolises our Icelandic heritage, history and team spirit. Together we begin this next chapter — for Iceland.”

The Icelandic symbols – Inspiration and history

Over the past quarter of a century, the symbol of the national team has been composed of the initials of the Football Association of Iceland (KSÍ) along with a ball and Icelandic flag. This logo has been used both for the association and the national team of Iceland. As the activities of the association have developed and Iceland’s image has evolved and the national team’s achievements have increased, it has become increasingly difficult for the logo to fulfil this dual role. A need has arisen for a logo that can better encompass the fundamental values and essence of the team spirit – a passionate symbol of unity, which draws on Iceland’s strengths, history and fighting spirit.

The guardian spirits are the supernatural beings who lived in the country and protected the island from afar when the first settlers arrived. The Icelandic Book of the Settlements describes how they were warned not to sail to the country with “gaping heads or grimacing symbols”, lest they should provoke the guardian spirits.

The guardian spirits have been the protectors of Iceland since 1918 and are the perfect symbol for the national team. They are symbols of solidarity and defend the stronghold, which other teams fear, our home ground. Their fighting spirit, resolve and perseverance are all-encompassing.

The New Logo – The Past Shapes The Future

The new logo is a symbol of unfaltering solidarity, inspired by our heritage and formative history, which interweaves Iceland’s guardian spirits in a modern way. Intricate but clear, it is founded on the previous coat of arms – but stands alone as a distinctive symbol of Iceland’s national team.

Modern trademarks need to be flexible and adaptable in a variety of ways. What makes the symbol even stronger is that the guardian spirits can stand alone to form a comprehensive framework in certain cases.

The Introduction – An Interwoven Whole

It is clear that the look and framework of the national teams will undergo dramatic changes over the next quarters. In the coming months, KSÍ will introduce a new image, which will gradually be applied to all areas of contact. Particular mention should be made to the national team’s new outfit from PUMA which will feature the guardian spirits logo and will be formally presented at the end of August 2020.

The Typeface – A Modern Craftmanship

To strengthen the trademark, a bespoke typeface was created, with unique lower case letters. The typeface draws inspiration from Icelandic crafts and the result is a distinctive blend of old traditions and modern styles. The font will play a key role in implanting our logo and image in the minds of people around the globe.

This extensive project is the result of detailed analysis and strategy making by KSÍ which involved, among other things, UEFA consultants in the process. By having two distinctive trademarks, we further strengthen and enhance the images of the association and the national team.

As before, the association will play a leading role in offering educational and supportive development work within a professional and progressive framework, which will form a strong organizational whole. The guardian spirits of the national team symbolise the team spirit and create a unique brand which upholds our values and history. 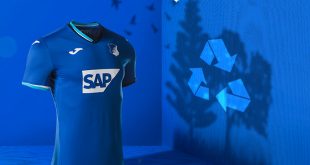 TSG Hoffenheim and Joma, the Bundesliga club’s technical sponsor, launched the kit for the 2020/21 …