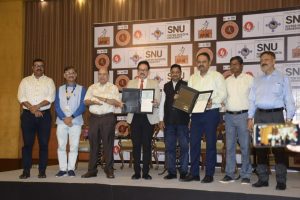 At a press conference in Kolkata this announcement was made today, September 21.

Further SNU will award the best players of the Calcutta Football League’s Super Six matches as part of this partnership. At the same time, promising footballers will also be rewarded on SNU’s behalf.