IFA provides food rations to cyclone-affected footballers in the Sunderbans 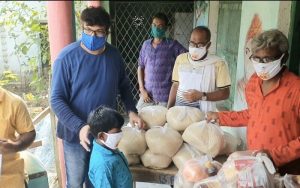 The Sunderbans in West Bengal, are well known to be a hotbed for footballing activities. However, it is also one of the areas that is most vulnerable to natural calamities like cyclones.

After the Yaas Cyclone ravaged a number of areas in the Sunderbans last week, West Bengal’s football governing body, the Indian Football Association, has extended a helping hand to the budding footballers of the region and their families by providing essential food rations to them.

The IFA, which has its nursery football coaching centre in the Gosaba delta island in Sunderbans provided the essential rations to 63 young footballers who train at the academy, and their families.

“The cyclone had devastated these regions in the Sunderbans, and many of these players’ families had been affected,” said IFA General Secretary Mr. Joydeep Mukherjee. “We felt that it was our duty to look into their wellbeing.”

“We have been with them during good times. And now that the bad times have hit, we need to ensure that they are taken care of. It was very disheartening to see how badly the cyclone had affected their lives,” he continued. “But still, many of them came forward asking when they would be able to play football again, such was their zeal.”

Football is a part and parcel of the lives of people living in and around the Sunderbans. While the sport enjoys a lot of popularity, it also fuels dreams of a better future for youths, many of whom have gone on to play professionally.

However, with the ongoing COVID-19 pandemic, the beautiful game has taken a back seat as the safety and well-being of the people takes precedence. 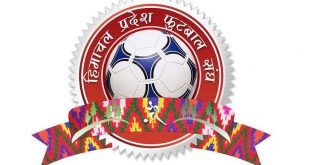